For Trump, Jerusalem is an extension of a global culture war

By Ishaan Tharoor December 7
Want smart analysis of the most important news in your inbox every weekday along with other global reads, interesting ideas and opinions to know? The uproar in the wake of President Trump’s speech on Jerusalem was as widespread as it was predictable. During a brief speech in the White House — with a Christmas tree and a mute Vice President Pence as the backdrop — Trump announced his decision to formally recognize the holy city as Israel’s capital, as well as a plan to eventually move the U.S. Embassy there from Tel Aviv.

As we explained yesterday, Trump did so in the face of almost-unanimous opposition from the international community. For the second time in two weeks, he received a stern rebuke from the British prime minister; Pope Francis expressed his “deep concern” over any move that disrupts the “status quo” of the city; Turkish President Recep Tayyip Erdogan said the whole thing was a “red line” for Muslims and threatened to cut diplomatic ties with Israel.

Figures as diverse as the French president, the Saudi king and the Iranian supreme leader reproached Trump for making a decision that all believe is detrimental to Palestinians — and that is widely seen as imperiling the prospects for a two-state solution. Palestinian President Mahmoud Abbas, whose political career has hinged on being the main Arab interlocutor in the U.S.-backed peace process, said Trump’s speech marked “a declaration of withdrawal” by the United States from its role as a mediator between Israelis and Palestinians.

The only world leader who seemed pleased was exactly the one you would have guessed. Israeli Prime Minister Benjamim Netanyahu said it was “a historic day…. Jerusalem has been the focus of our hopes, our dreams, our prayers for three millennia. Jerusalem has been the capital of the Jewish people for 3,000 years.” The city’s authorities beamed a joint image of the Israeli and U.S. flags on the Old City’s ramparts. 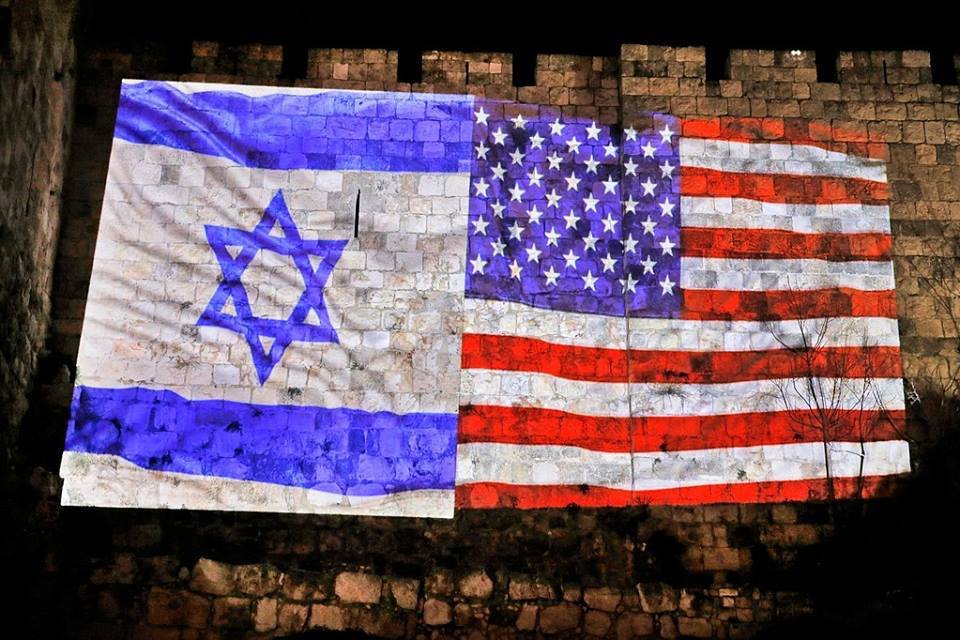 In his remarks, the president hailed Jerusalem as “the capital the Jewish people established in ancient times” and said it was time to take “a new approach” to a conflict that has no resolution in sight.

The irony here is that, no matter the claims to age-old right that accompany the debate over Jerusalem, the current dispute is profoundly modern. An earlier generation of secular Zionists was uninterested in the holy city, an abode of myriad sects and zealots, and focused instead on building Tel Aviv and other modern visions of the new Israeli state. But that changed over decades of war.

“The Arab-Jewish conflict escalated into a nationalistic conflict, with Jerusalem at its center,” said Yehoshua Ben-Arieh of Hebrew University to the New York Times. “Jerusalem was a city holy to three religions, but the moment that, in the land of Israel, two nations grew — the Jewish people and the local Arab people — both embraced Jerusalem. More than Jerusalem needed them, they needed Jerusalem.”

2:34
What Trump’s decision on Jerusalem means
The Post’s Ishaan Tharoor explains the significance of recognizing Jerusalem as Israel’s capital and what it means for the prospect of peace in the Middle East.(Sarah Parnass/The Washington Post)

No matter the age of the claim, however, it seems that Trump will allow only Israel to make it. At no point in his speech did he acknowledge majority-Arab East Jerusalem, which Israeli troops occupied in 1967 and which Palestinians view as the seat of their future state. And while he did not disavow American support for the two-state solution, Trump offered nothing like full-throated backing, saying he would support any solution “if agreed to by both sides.” Ultimately, many experts concluded, the speech gave the right-wing Israeli government something it has long sought — and offered Palestinians nothing.

Beyond the many concerns that surround the sudden change in long-standing U.S. policy — not the least of which is a potential surge of violence — there’s a glaring question: Why do this now? Trump, ever keen to be a disrupter, argued that the methods of the past need to be jettisoned to achieve a lasting peace deal, though it’s hard to see how this particular defenestration will help. Some observers suggest instead that Trump was creating a distraction from his encroaching domestic controversies.

But perhaps the simplest explanation is an ideological one: Trump’s delivery on his campaign promise was greeted with glee by the right-wing pro-Israel lobby in Washington — but even more so by powerful American evangelicals, who see Israel’s supremacy over the holy city as fulfillment of biblical prophecy.

Numbering in the tens of millions, they are a significant constituency. In July, Netanyahu told an audience in Washington that “we have no greater friends than Christian supporters of Israel” — in part an implicit recognition of declining support among American Jews for his government’s policies. And while it may be easy to be cynical about Trump’s claims to religiosity, the same can’t be said for Pence, a darling of the evangelical movement. His presence during Trump’s speech was a clear nod to evangelical sentiment.

“Like Judaism, Christianity believes that the Messiah will one day sit on the throne of David in Jerusalem,” wrote American evangelical activist Laurie Cardozo-Moore in the Israeli daily Haaretz. “It is one more step in reversing the policies of the four previous administrations before [Trump]. The Judeo-Christian United States of America can once again say, ‘Israel — We’ve got your back’!”

The invocation of the “Judeo-Christian” United States happens to be a consistent theme for Trump. “We don’t worship government, we worship God,” Trump declared in a speech in October. Grousing about a phantom “war on Christmas,” he later added: “We are stopping all our attacks on Judeo-Christian values.”

But the term has an even deeper potency for Trump. The president built his platform on a loaded tribalism that explicitly rejects any belief in “universal values” and, at various stages, is articulated in soaring defenses of blood-and-soil nationalism and Western identity. For Trump, harping on “Judeo-Christian” values is less about actual religious belief and more about his own brand of divisive politics, which has repeatedly demonized Islam and Muslims.

Trump is surely aware of how sensitive the question of Jerusalem’s status is; his decision to press ahead with the recognition and relocation suggests he may be inviting the chaos that may follow.

“Religious conflicts, like racial and ethnic ones, are critical to Trump’s appeal. He needs Mexican-Americans to rape and murder white girls. He needs African-American athletes to ‘disrespect the flag.’ And he needs Muslims to explode bombs and burn American flags,” the Atlantic’s Peter Beinart wrote. “The more threatening non-white, non-Christians appear, both at home and abroad, the more his supporters rely on him to keep the barbarians down and out. If Trump has to invent these dangers, he will. In the case of Jerusalem, however, he can go further: He can help create them.”

With Product You Purchase

The axis of Arab autocrats who are standing behind Donald Trump